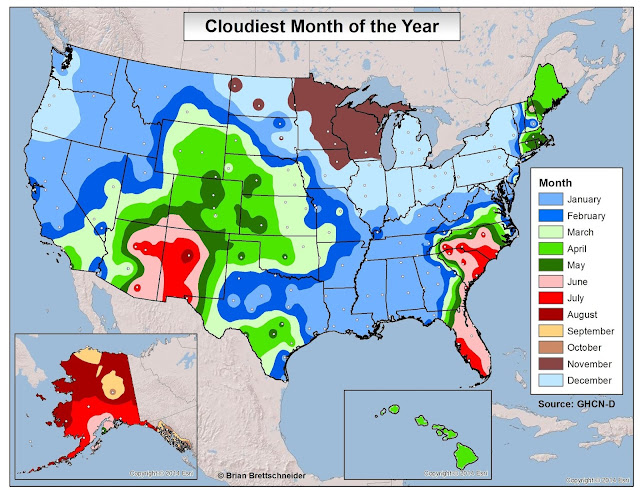 I recently made some maps that showed 40% of the U.S. receives more annual precipitation than Seattle, Washington. A vocal group of people were apoplectic that annual precipitation is not a good metric for wetness. Even when looking at the number of days with measurable precipitation, a number of people said that it didn't accurately quantify the dreariness of Seattle. Unfortunately there is no accepted measure for climatological dreariness, but cloud coverage may make for an interesting proxy.

The National Climate Data Center's (NCDC) Global Historical Climatology Network (GHCN) contains cloud coverage for a number of "first-order" stations around the U.S. Prior to the implementation of ASOS in 1997, cloud measurements were done manually according to procedures described in National Weather Service directives.

The GHCN data files contain a single, average daily cloud coverage value measured as a percentage – 0% to 100% in increments of 10%. The stations that contain manual cloud coverage data have a maximum of 31 years worth of information (1966-1996).

I processed all 1,751 WBAN stations for the U.S. and extracted all daily records with a valid cloud coverage entry. For use in this analysis, only those stations with at least 10 years of cloudiness data were utilized. A grand total of 221 stations met the criteria.

Cloudiness can be displayed on various time scales. While an annual cloud coverage is useful, the month-to-month variability is striking for several parts of the U.S. The following map set shows the cloud coverage on an annual time scale and on monthly time scales. Instead of writing a description for each map, they are presented sequentially after this narrative with a figure cation. 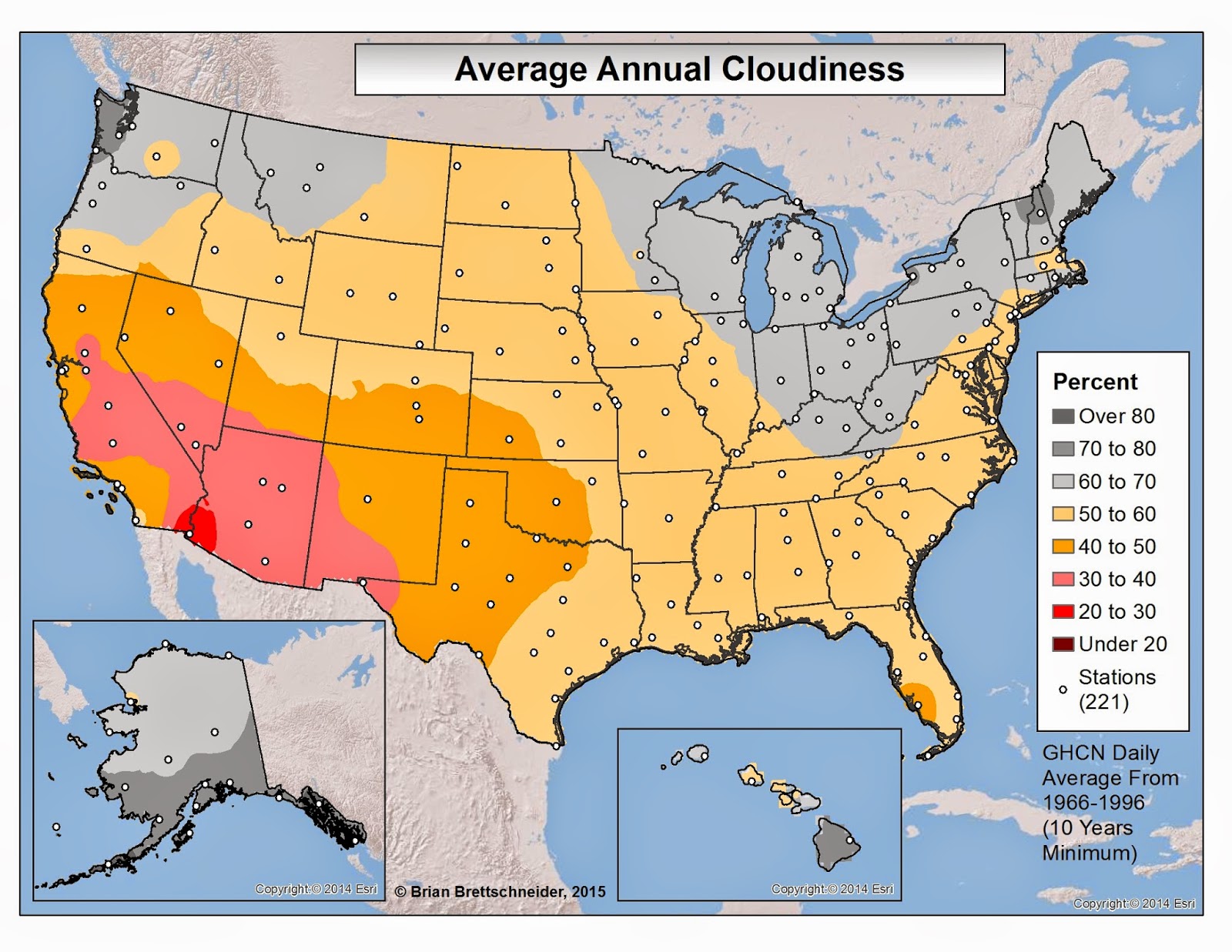 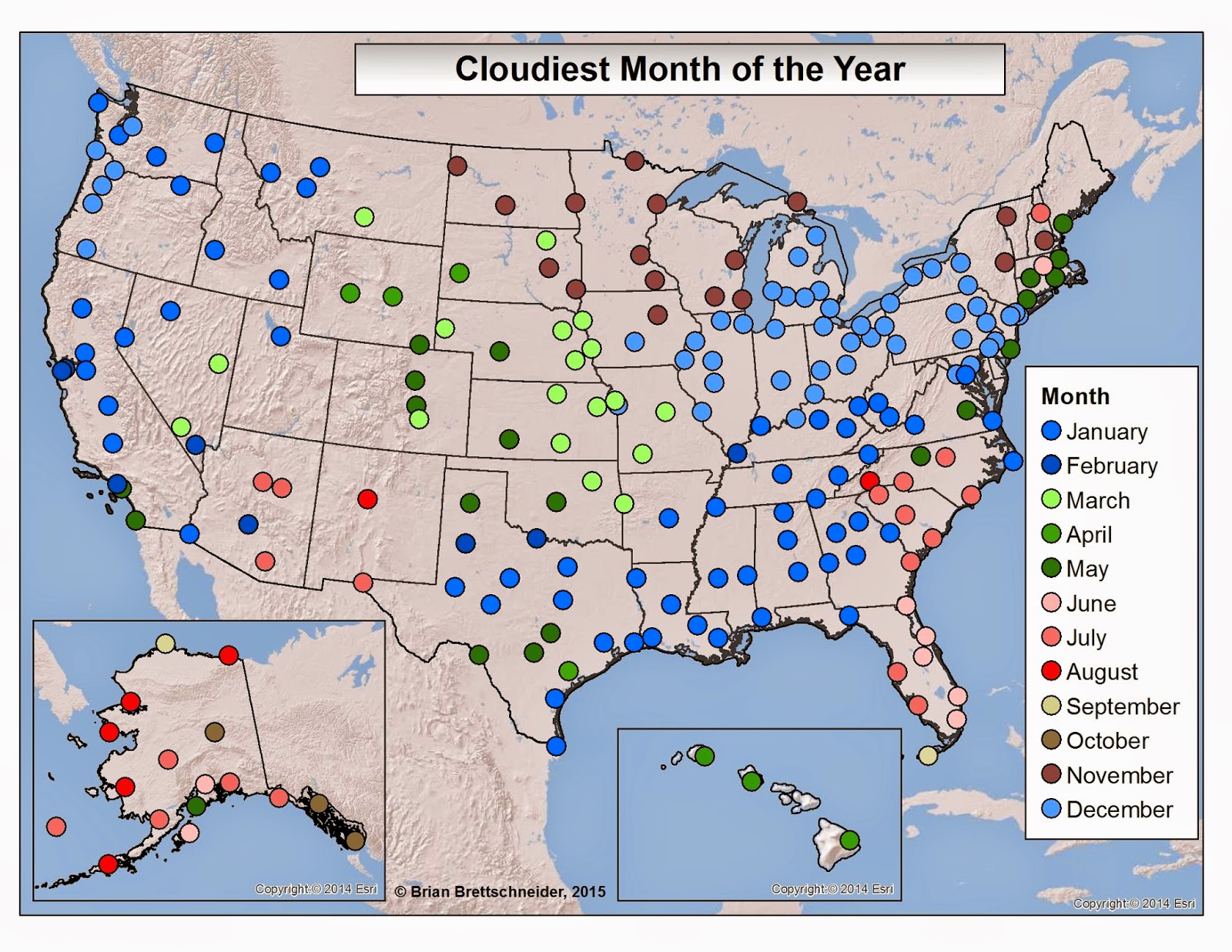 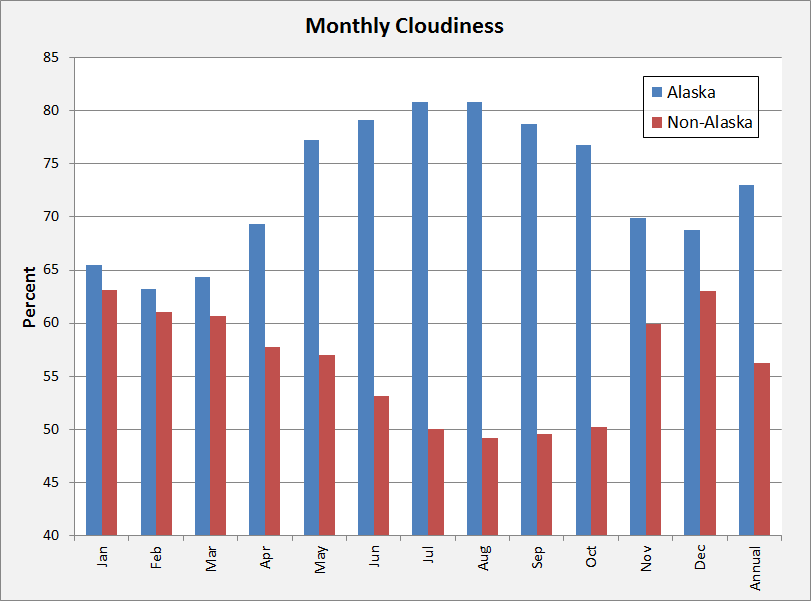 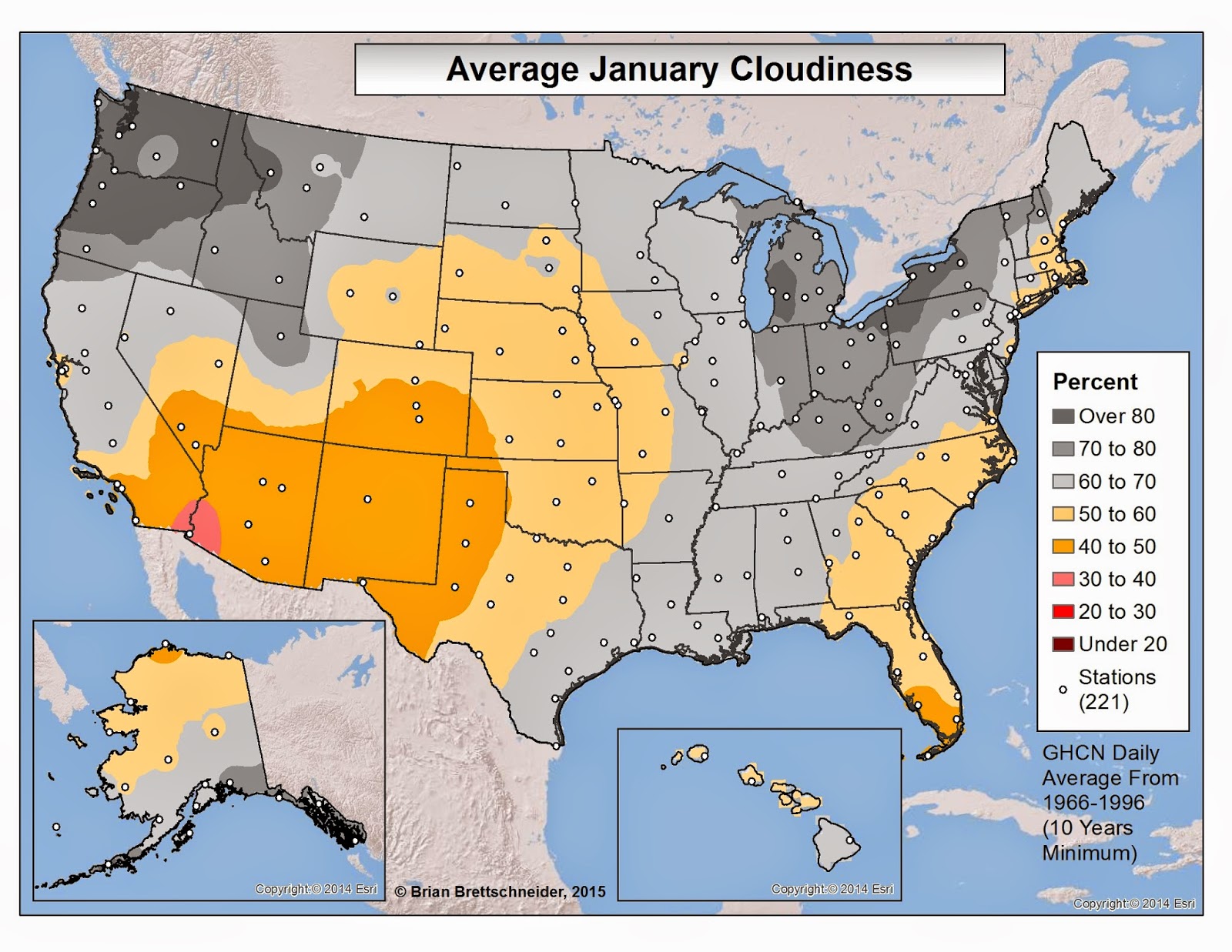 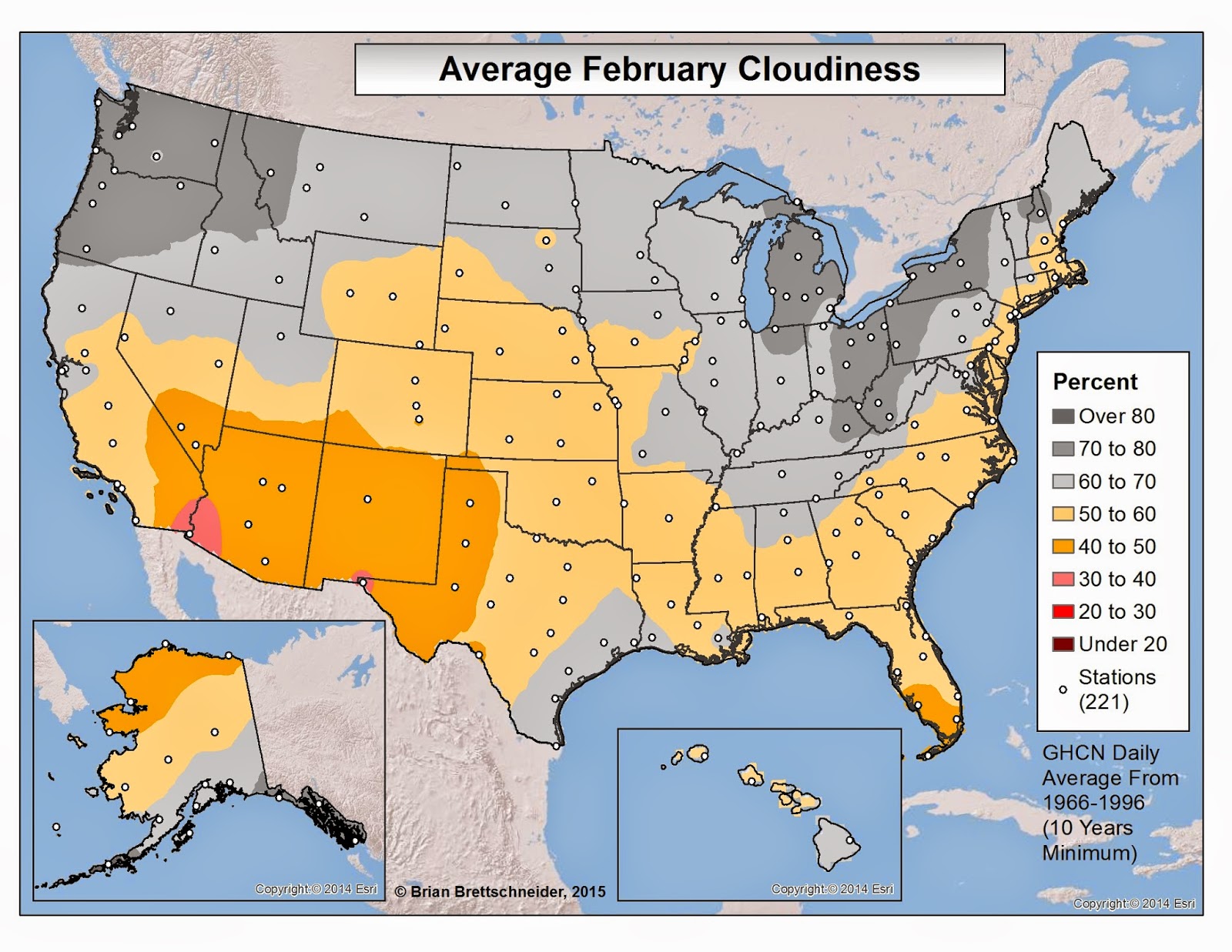 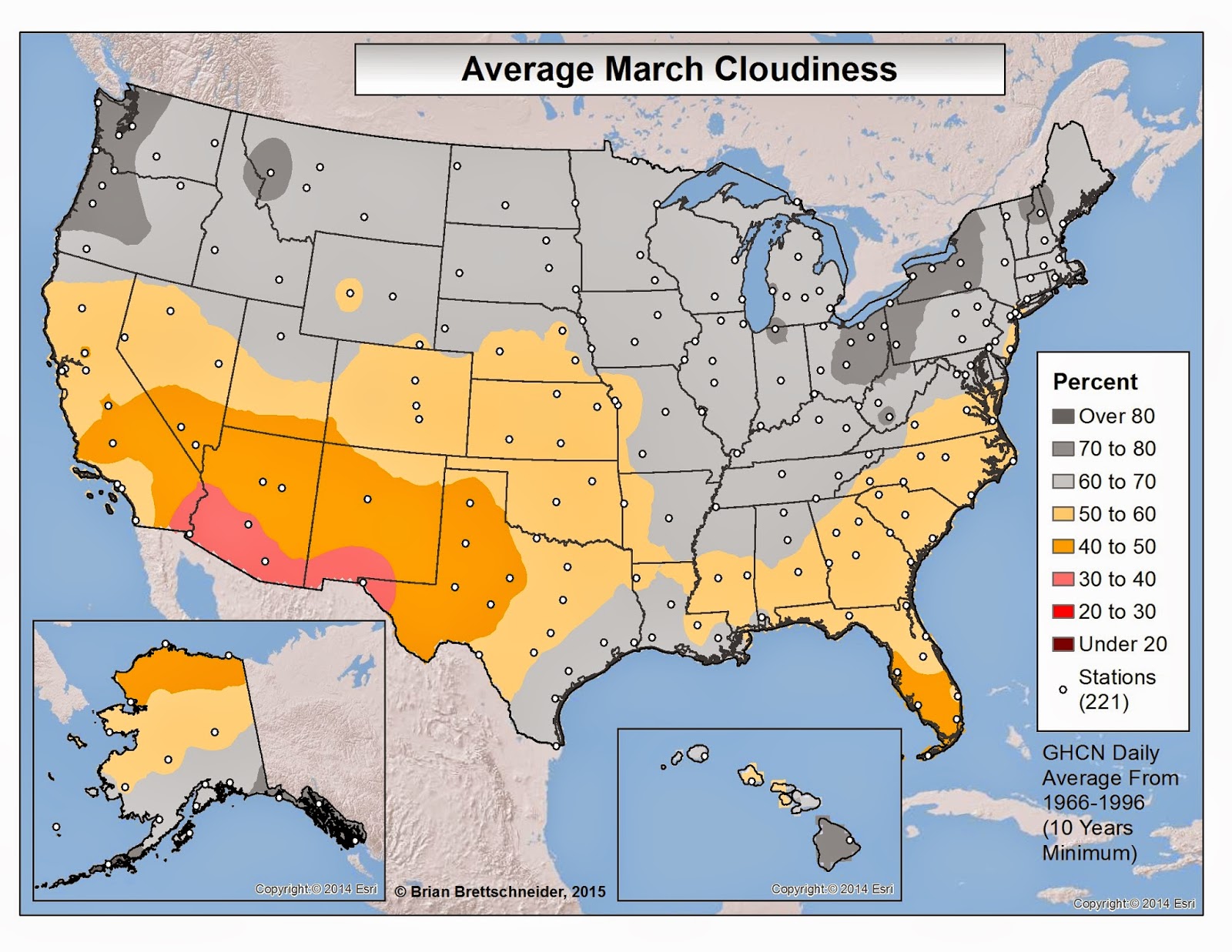 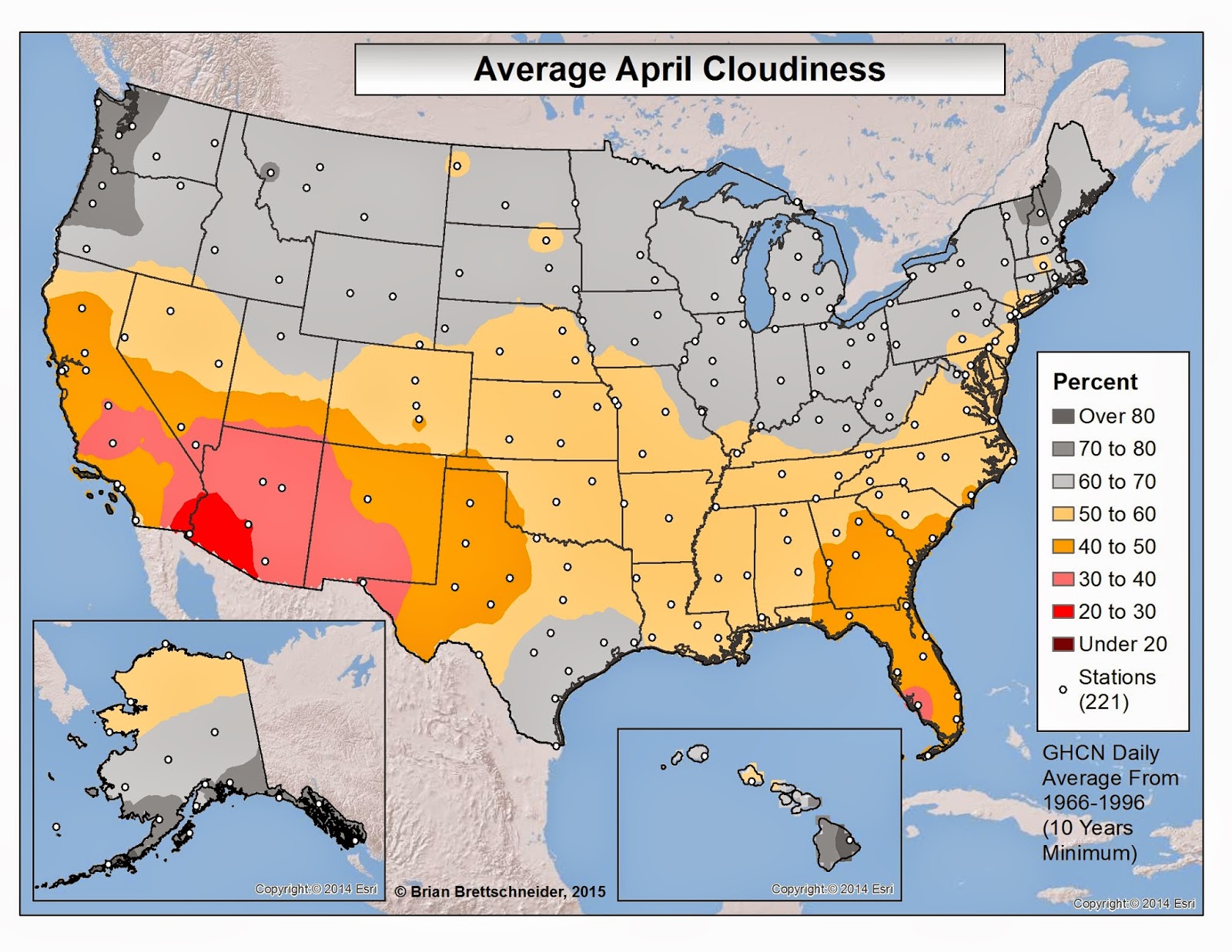 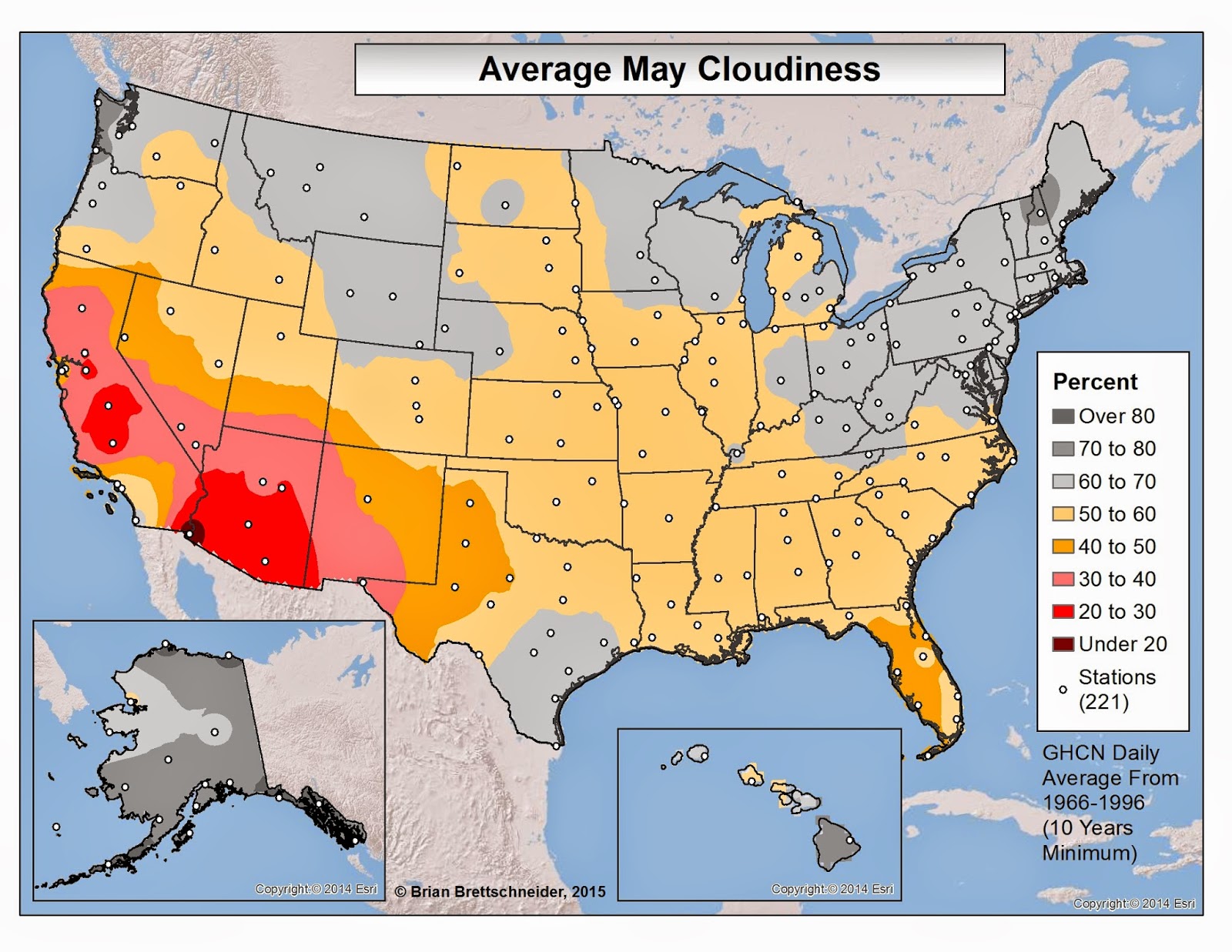 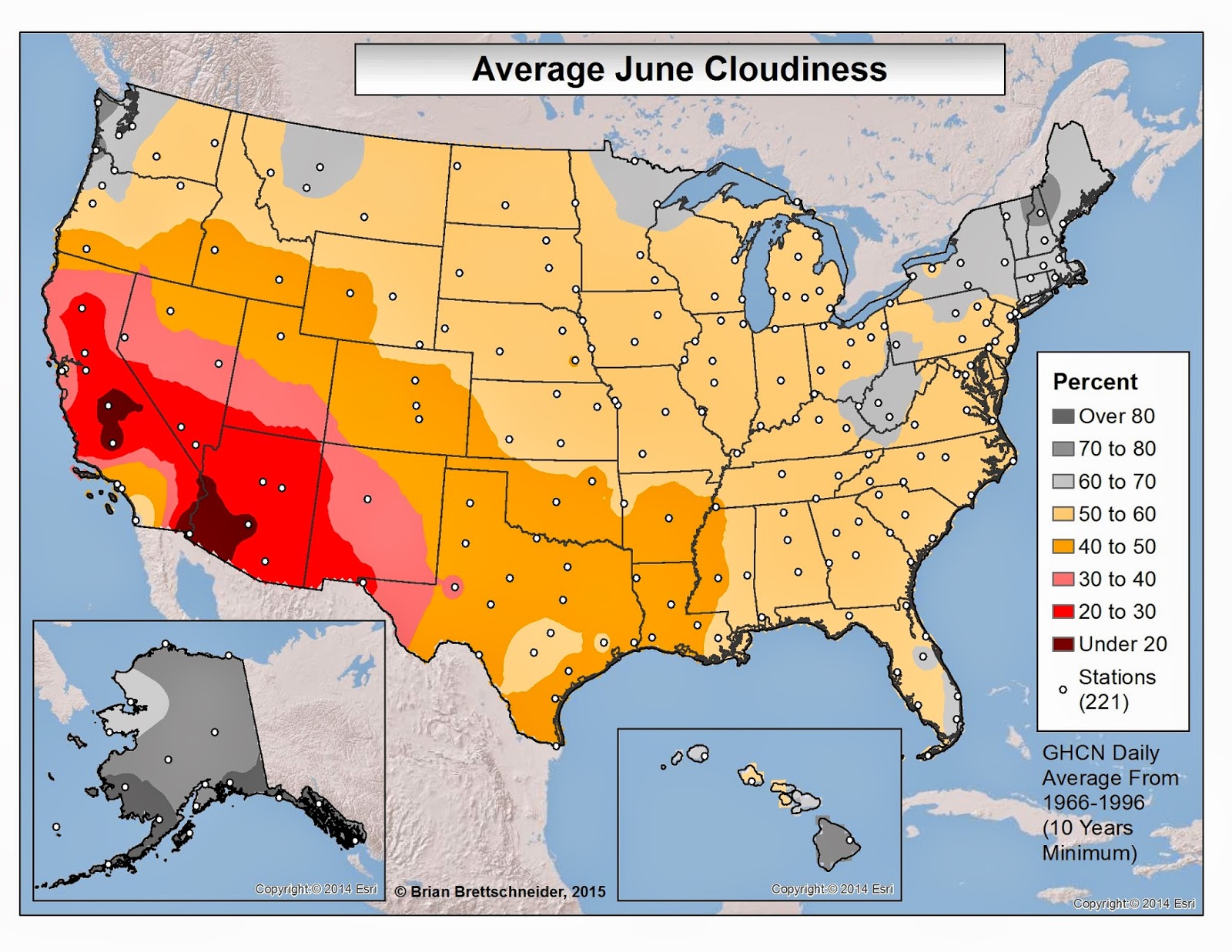 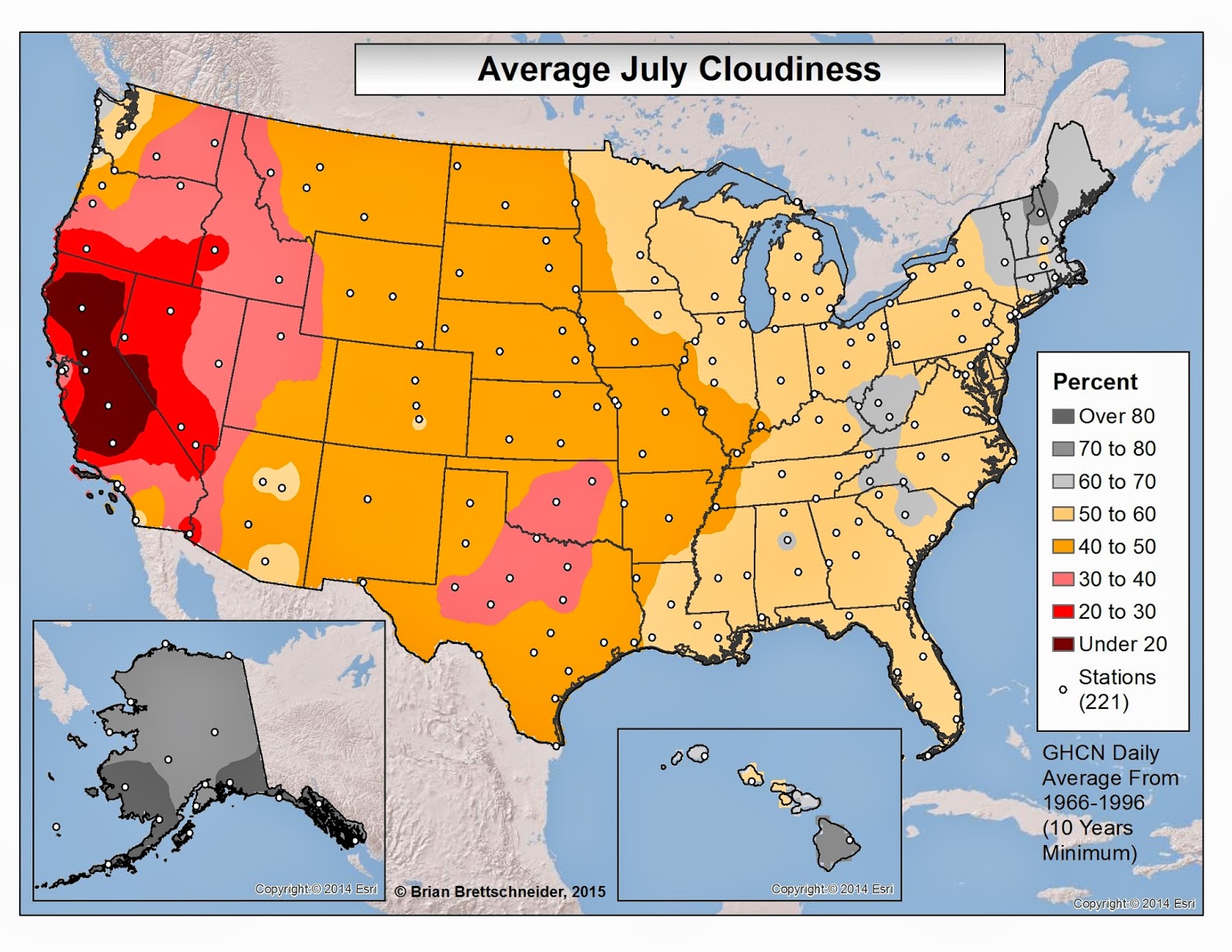 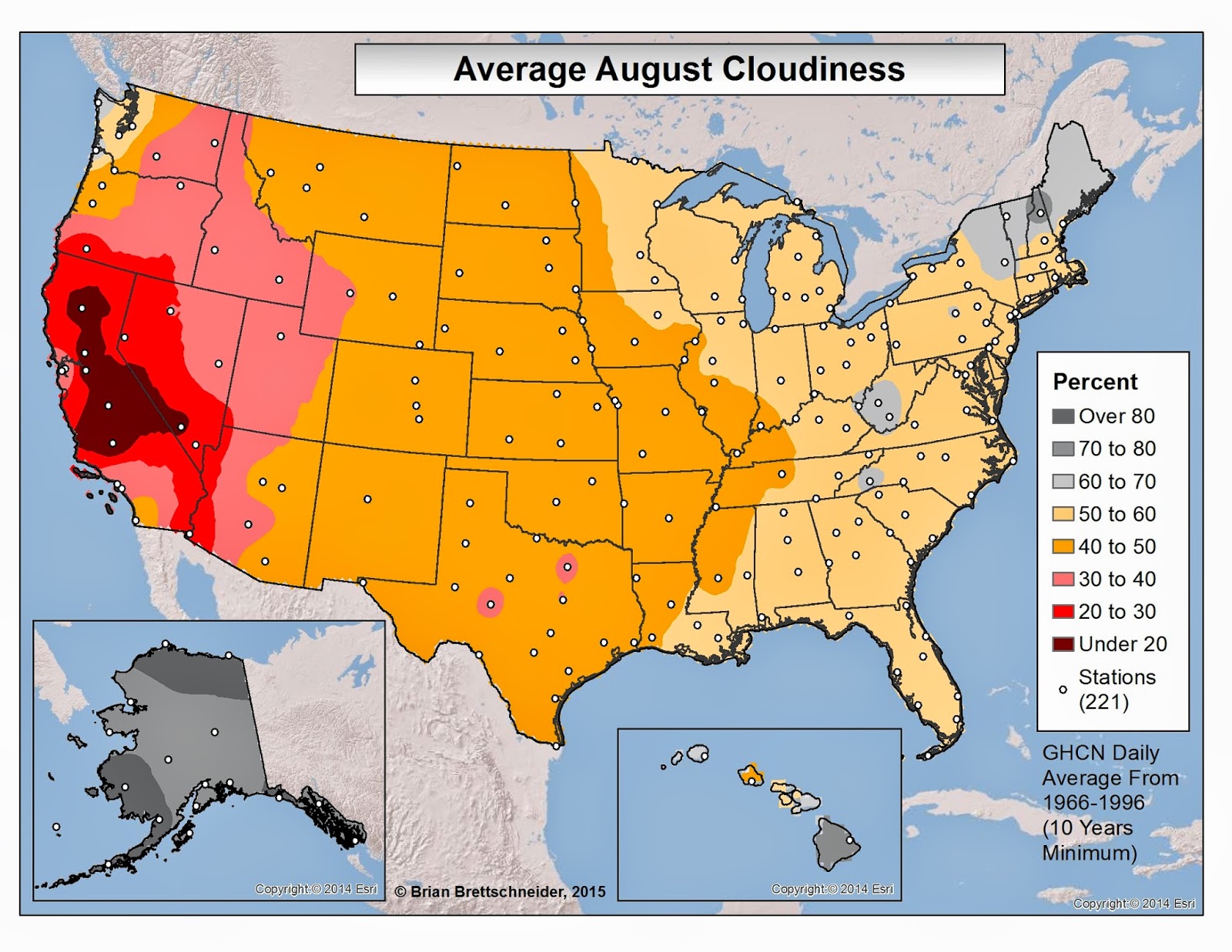 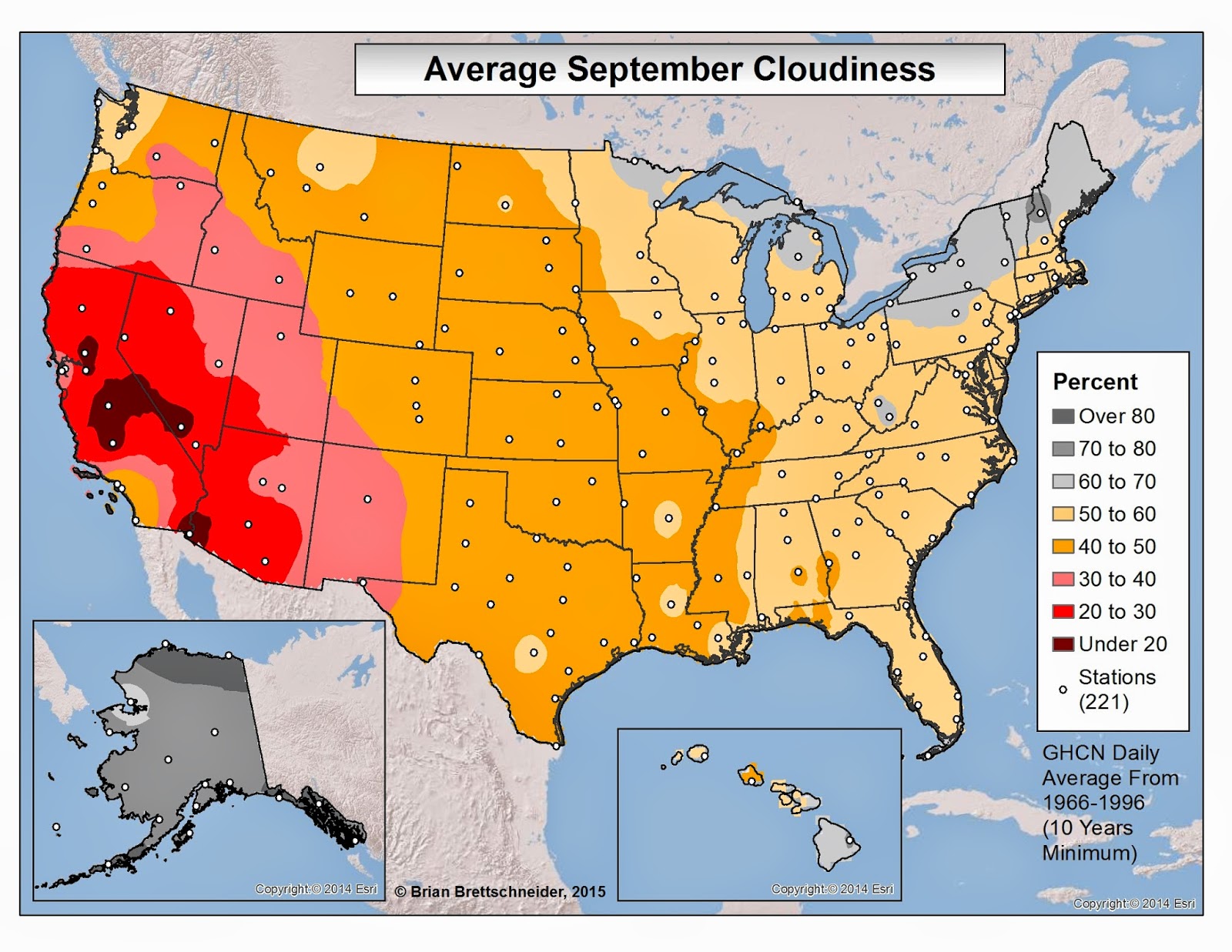 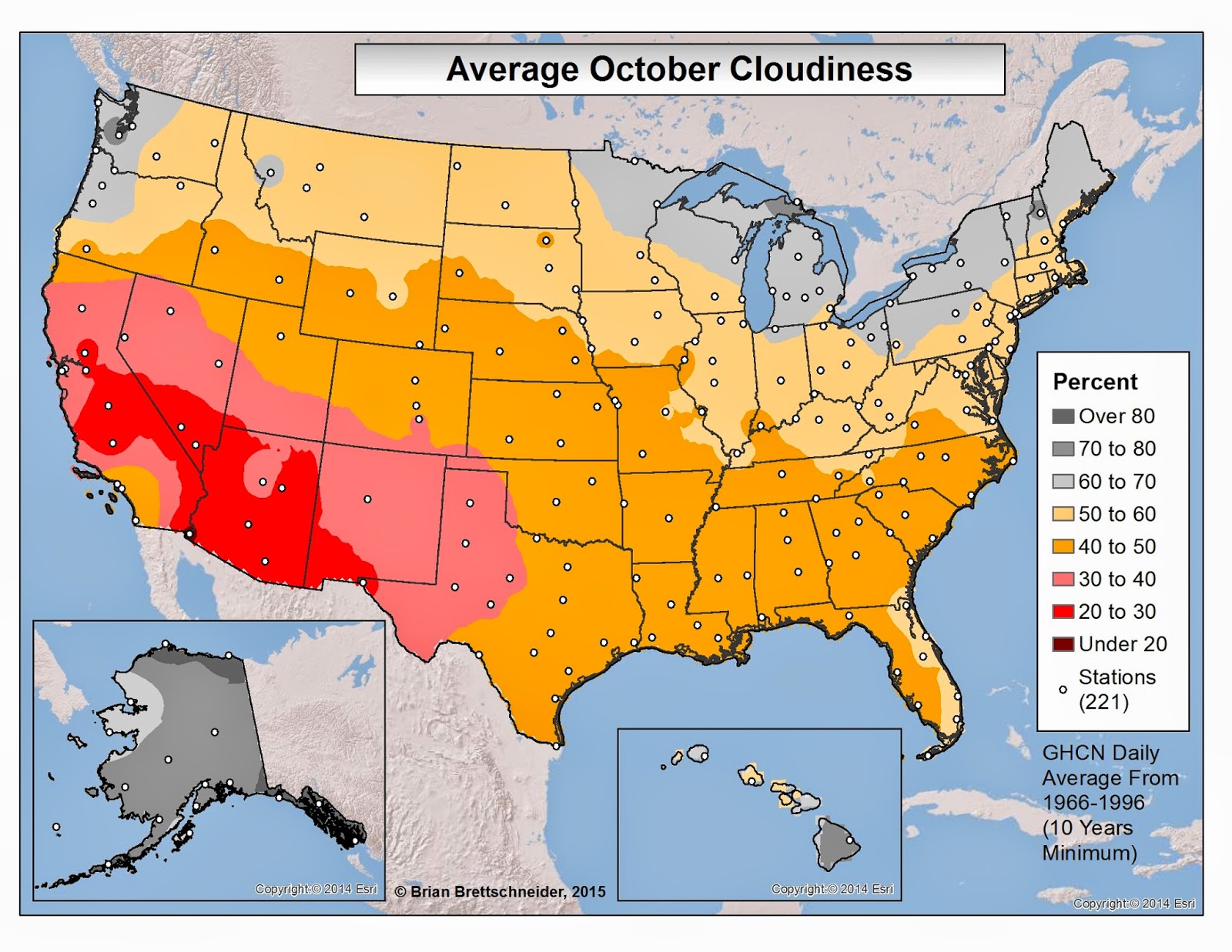 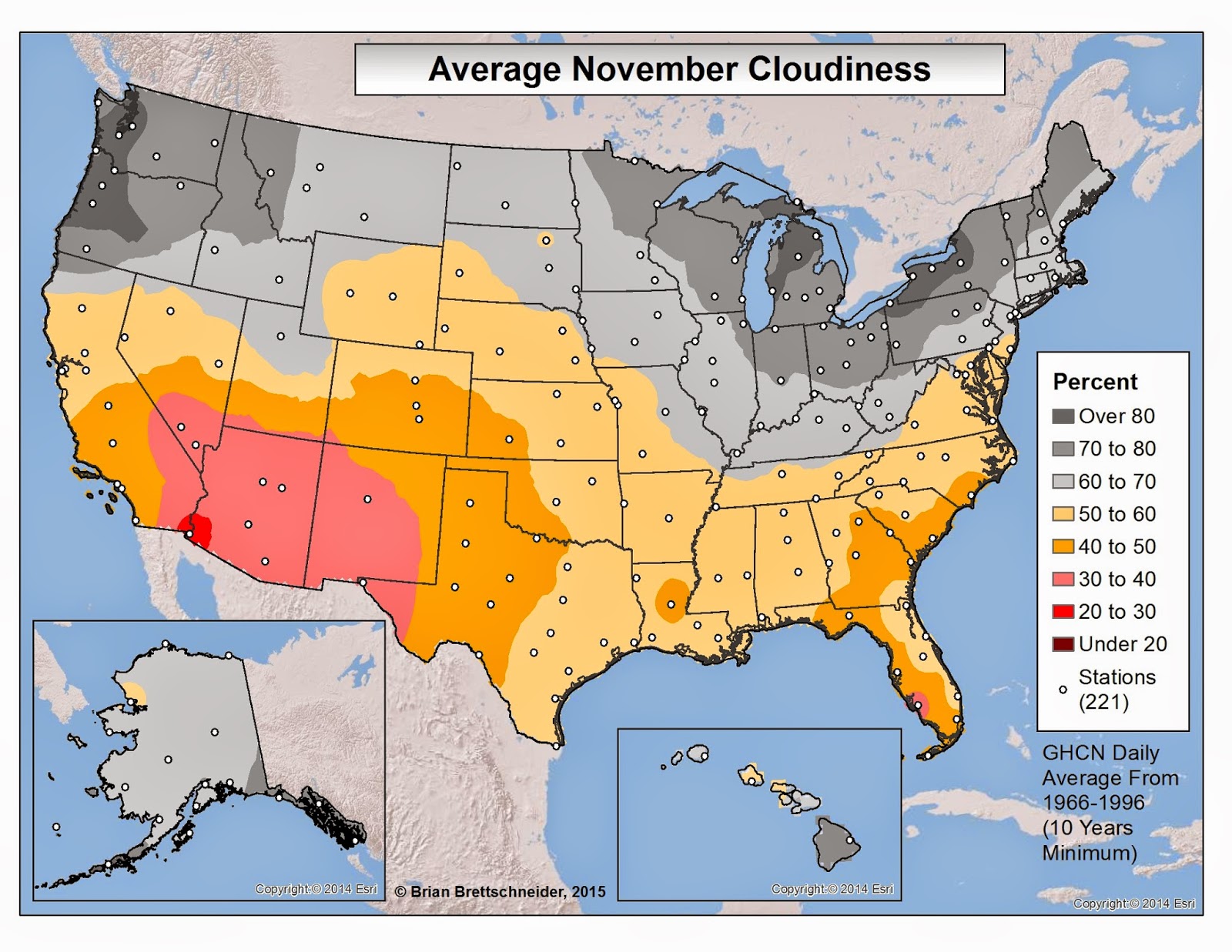 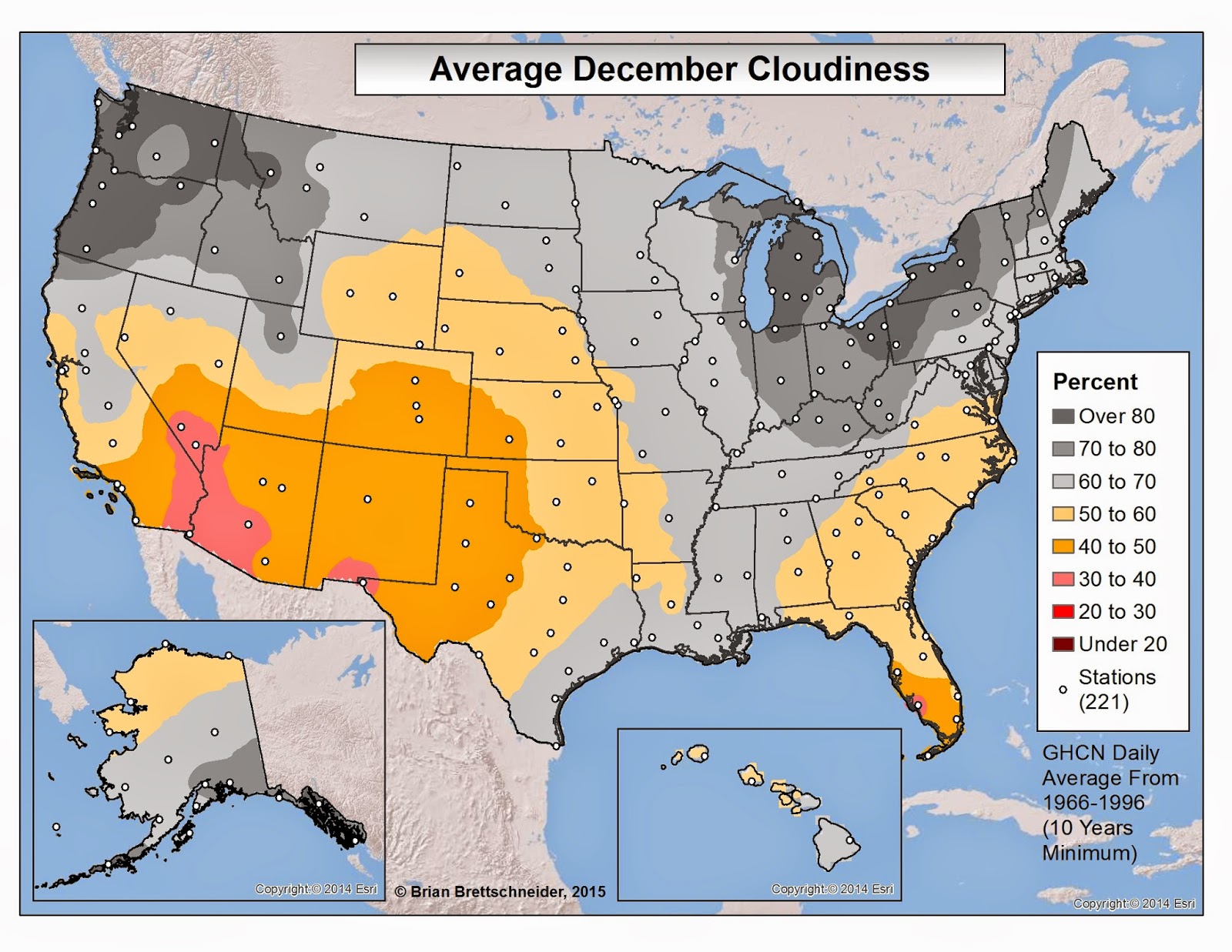 Email ThisBlogThis!Share to TwitterShare to FacebookShare to Pinterest
Labels: Clouds